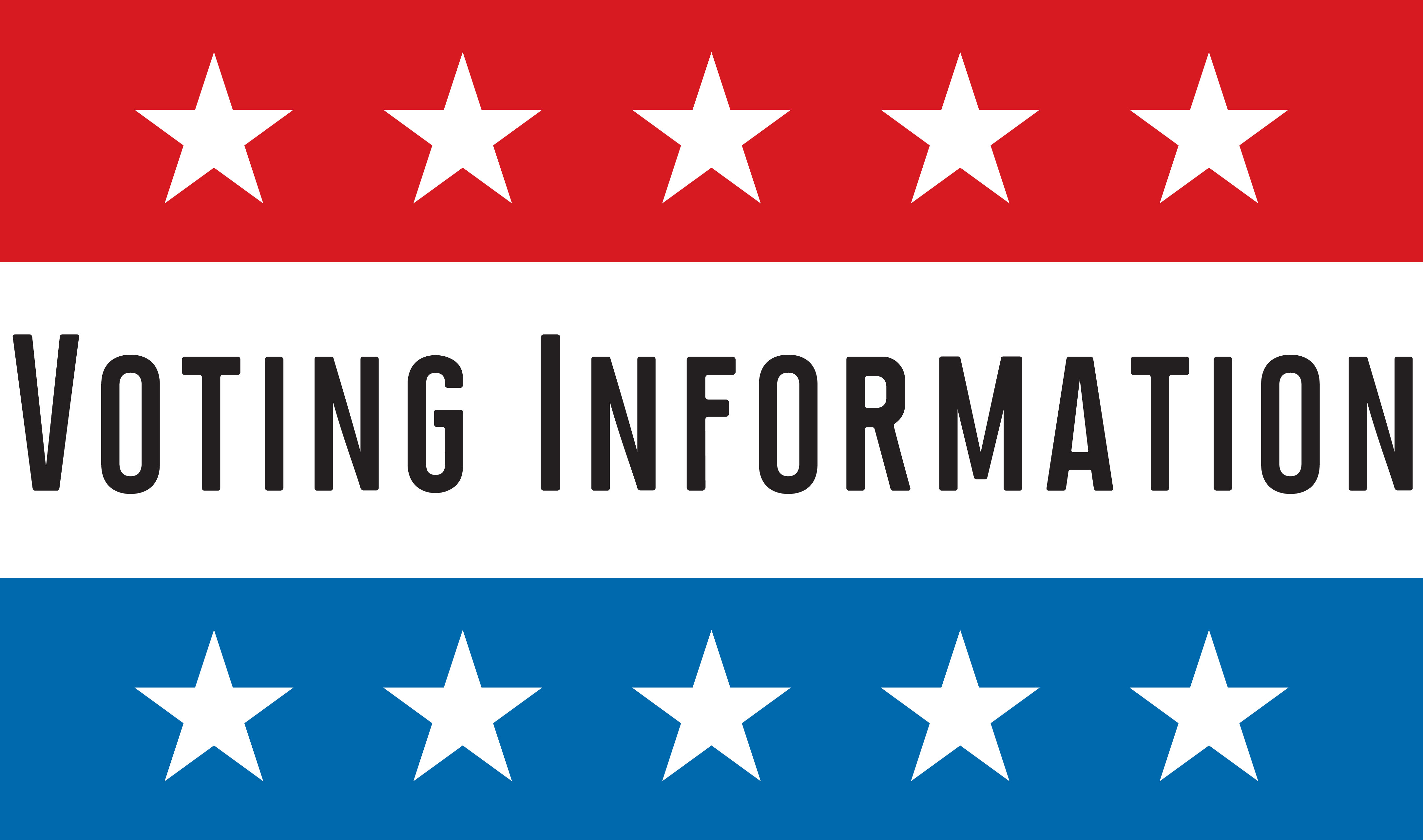 St. Paul urges all of us to make supplications, prayers, intercessions, and thanksgivings for all people—including kings and others in authority. (1 Timothy 2:1-3) We wonder what St. Paul would have thought if he actually had a chance to help choose the leaders of his day? (Bet he would not have voted for the Emperor, Nero.) Well, here in 2020, we do have that opportunity. Here's some info we hope you find helpful for folks in Douglas County:

You folks in Washington County and Iowa will have use Google or your favorite search engine.

Mount Olive already supports Lutheran Family Services (LFS) through our "Bringing Christ to All the World" tithe. LFS has applied for and received a grant under the CARES Act that enables LFS to serve Nebraska individuals and families whose lives have been affected by the COVID-19 pandemic. The financial assistance from this fund may be used to cover the following:

if you know of anyone who might need any of the above help in Omaha or anywhere in the State of Nebraska, please assist them by downloading and referring them to one of the information sheets in English or in Spanish. 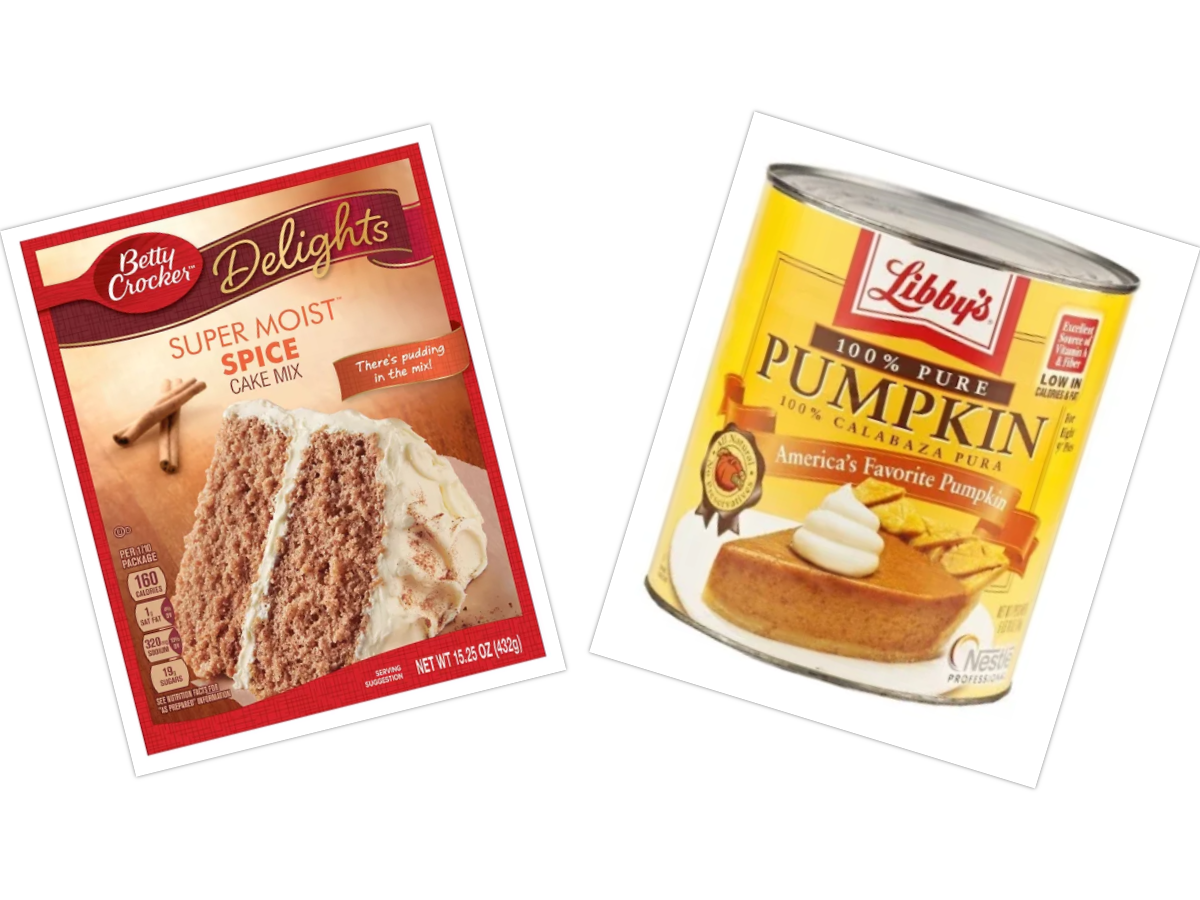 We have a very specific request from Project Hope. Annually they prepare Thanksgiving baskets for clients. The baskets include ingredients to prepare a traditional Thanksgiving meal. Because of COVID-19 the churches that have borne the majority of the giving for the baskets are short-handed and cash fragile. Project Hope's Executive Director has broken up the basket filling tasks into smaller segments spread over more of the churches that support Project Hope. Mount Olive is requested to ask our congregation members to help by donate 200 spice cake mixes and 200 15 oz. cans of pumpkin (mashed or pureed). Of course, money is always welcome at the Project Hope website. The grocery items need to be on hand by November 6th.

Please place your spice cake mix boxes and cans of pumpkin in the large box across from the entrance to the men's restroom. 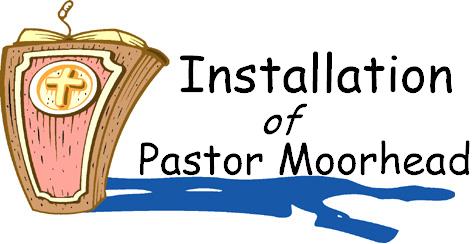 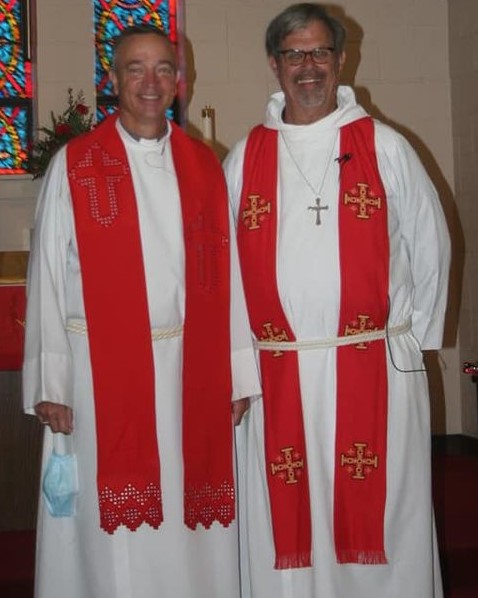 Rev. Dr. Bill Moorhead was officially installed as Mount Olive's Part-Time Pastor pursuant to the call from our congregation which he accepted in August. Nebraska District President Snow preached and presided over the installation ceremony. Pastor Eddie Mekasha, Immigrant Ministry Pastor at St. Mark Lutheran Church, and Pastor Peter Gatkuoth of the Sudanese Evangelical Lutheran Church participated in a ceremonial laying on of hands. Witnesses included Mount Olive's worshipers and Pastor Moorhead's worship guests: his wife, Martha; daughter, Sarah; son-in-law, Jarvis; and granddaughter, Zoie. Let us all thank God for His grace in bringing Pastor Moorhead to lead us through the Word and the Sacraments. 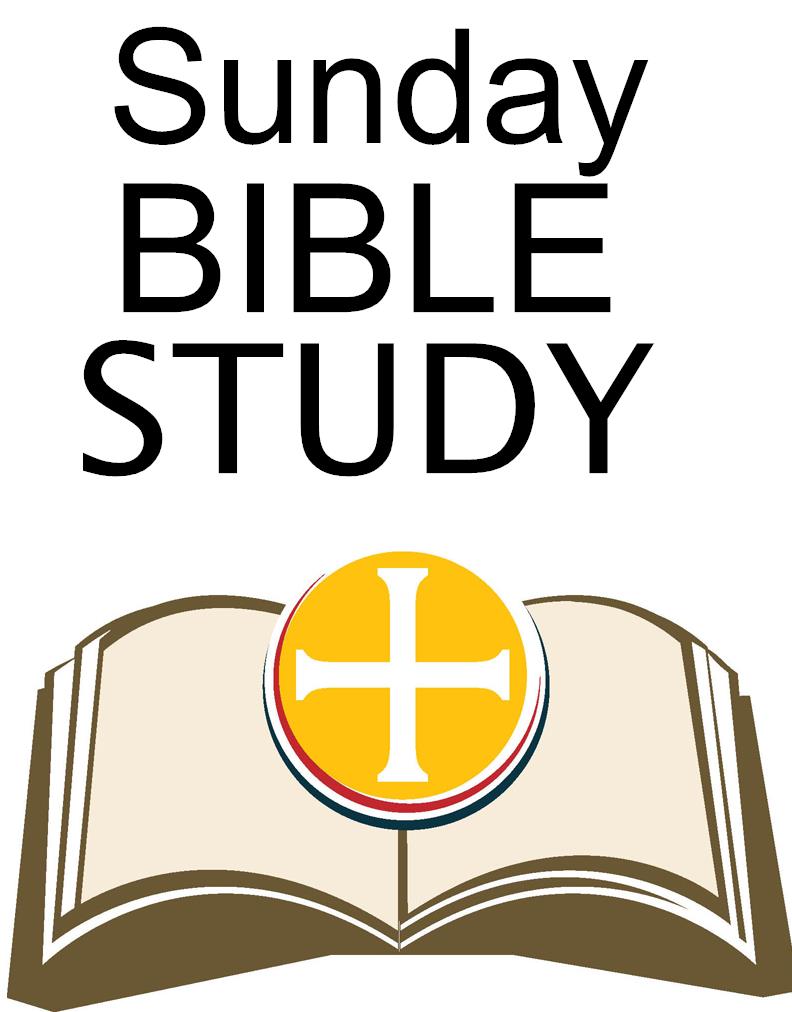 Sunday morning Bible class continues, led by our own Pastor Bill Moorhead. The class begins at 10:15 AM with sharing, celebrations, and prayer. Then Pastor Moorhead will share insights on the Gospel lesson for that Sunday. 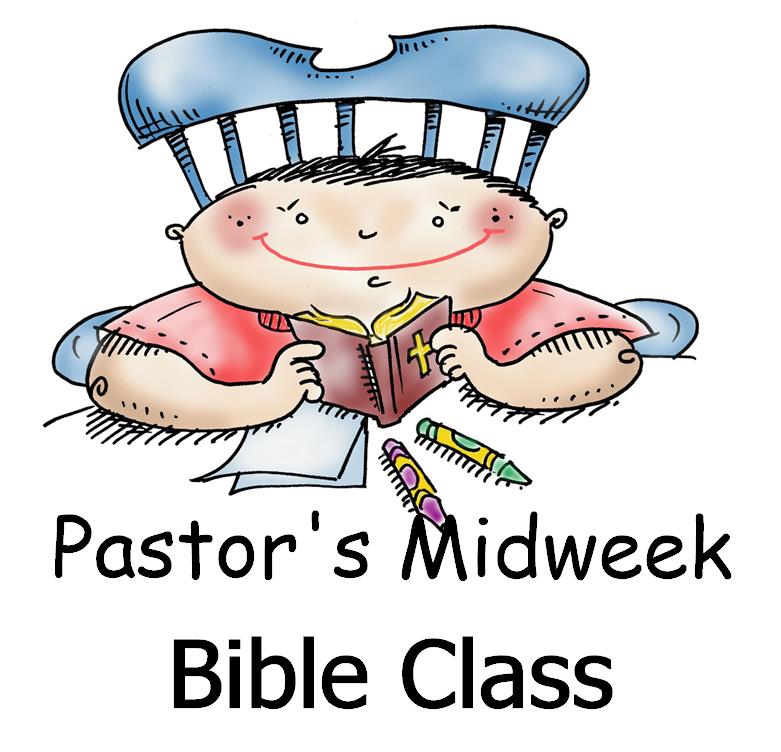 We are excited to announce that Pastor Moorhead is beginning a new Wednesday morning Bible class on Wednesday mornings at 10:00 AM. It will be held in Luther Hall. Masks and social distancing are encouraged. Usually he will direct our focus to the upcoming Old Testament reading. If possible, this class will be streamed live and recorded for later viewing on Mount Olive's YouTube page. 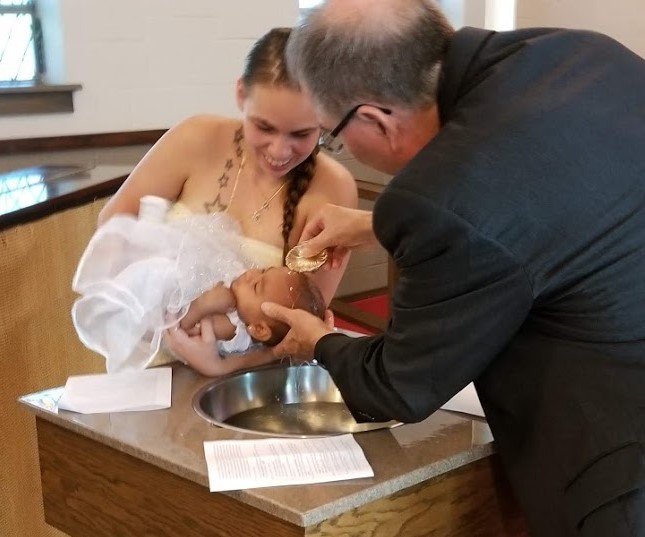 Little Halen Lopez-Kromka became part of Jesus' family in Holy Baptism on August 13. She joins her cousin, Jace, as our newest and youngest member. Praise God for His mercy and grace in bringing them to us. May we all care for them as if they were our own. 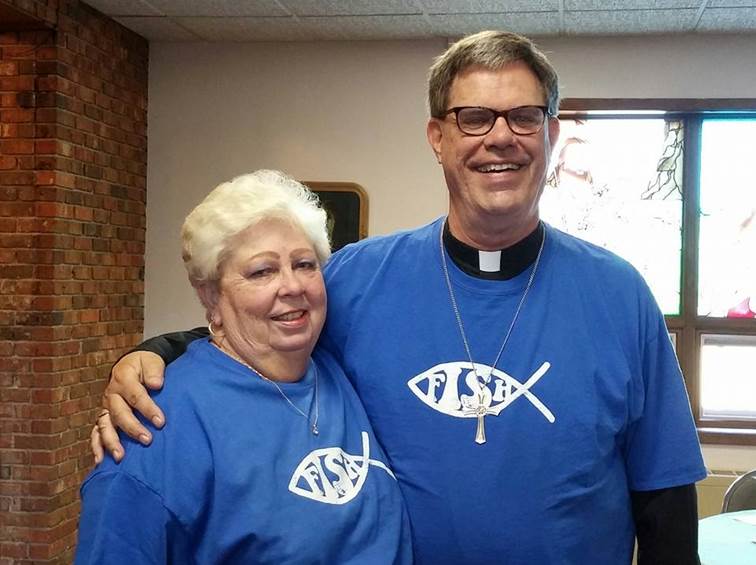 Pastor Bill Moorhead will begin his public ministry at Mount Olive on August 23 as our Part-Time Pastor. He has been called to serve us until our new full-time pastor arrives.
Pastor Bill was born in Waterloo, Iowa, June 12, 1947. His wife, Martha, was born in Lawrence, Kansas, February 3, 1947. (Wonder if he will get in trouble for sharing Martha's age?) Both are Lawrence High School, Class of '65, graduates. Martha graduated Kansas University, Lawrence, 1969, with a degree in business and accounting. Pastor has two LCMS undergraduate degrees (1967, 1969), an M.Div. from Concordia Seminary, St. Louis, 1973, and a D.Min. from Lutheran School of Theology, Chicago, 1986.
Pastor served a dual parish in Kansas, 1973-77, Pacific Hills, Omaha, 1977-2014 (retired), and St. Paul, Omaha, part-time 2015-2019. He has been the Omaha North Circuit Visitor (counselor) since 2011.
Pastor and Martha were married June 22, 1969. They have a daughter, Sarah, who lives in Lawrence with her husband Jarvis and their daughter Zoie. Pastor's brother Jon is a retired educator in Salida, CO. Pastor and Martha are Kansas Jayhawk fans. (The Jayhawk is the mythical state bird of Kansas. It is the only bird known to humankind that cab fly backwards. Why would it do that, you may ask? The bird says, "It's because I like to see where I have been.")
Please make Pastor Bill and Martha feel at home as new members of Mount Olive.
Posted on August 14, 2020 9:58 AM by Max Williams

August 5
Here's where we stand in our search for a new full-time pastor. President Snow led our Pre-Call Meeting at 7:00 PM on Wednesday, August 5th. Nearly 20 people attended in person, and several others joined via Zoom. President Snow reflected on the Self-Study Report we provided in July, pointing out some discrepancies between what we said we want in a pastor and and what we said we want to do to serve our Lord in the future. He also shared an overview of our neighborhood demographics, highlighting specific ways we might reach out to serve our community, and how these insights might inform what we look for in a new pastor. His entire presentation is available as a pdf for download.
Next steps are:
Click the following link for a more complete description of the above steps. The Call Committee members are Galen Behr, Josh Calahan, Jill Clausen, Mike Townsend, Jr, Melissa Lorang, Rachel Misiolek, Amie Rikke, Mark Sorensen, Paul Whitmore, Max Williams.
Posted on August 04, 2020 9:01 PM by Max Williams

From a group of five applicants, the Committee unanimously decided to award $1,000 scholarships for the 2020-2021 academic year to:

Adriann Cotton, 2020 Central High School graduate
Adriann plans to attend UNO, studying to be a clinical psychologist. She earned many academic honors, participated in numerous extracurricularand volunteer activities, worked part-time at The Hope Center for Kids, and earned her Certified Nursing Assistant license while still in high school. Click the following link to view Adriann's thank you video.
Sha'lise Oliver, 2020 Omaha North graduate
Sha'lise will attend North Carolina A&T State University pursuing a career in engineering. Sha'lise also earned numerous academic honors at North, while participating in extracurricular and leadership activities and working part-time at a restaurant and the Heartlands workers center. Click on the following link to view Sha'lise's thank you video.
Please pray that these young women may be empowered to carry out the good works that our Lord has prepared for them to do.
Posted on July 02, 2020 7:42 PM by Max Williams 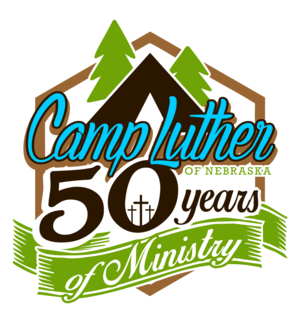 At Camp Luther, August and September still provide a new and unique opportunity for families to get away, create memories, and grow in their faith together in God’s creation. Click here for more information!

Our Parish Nurse, Amie Rikke, provides worship guidelines in this letter to help keep us all safe.
Posted on June 12, 2020 7:36 PM by Max Williams 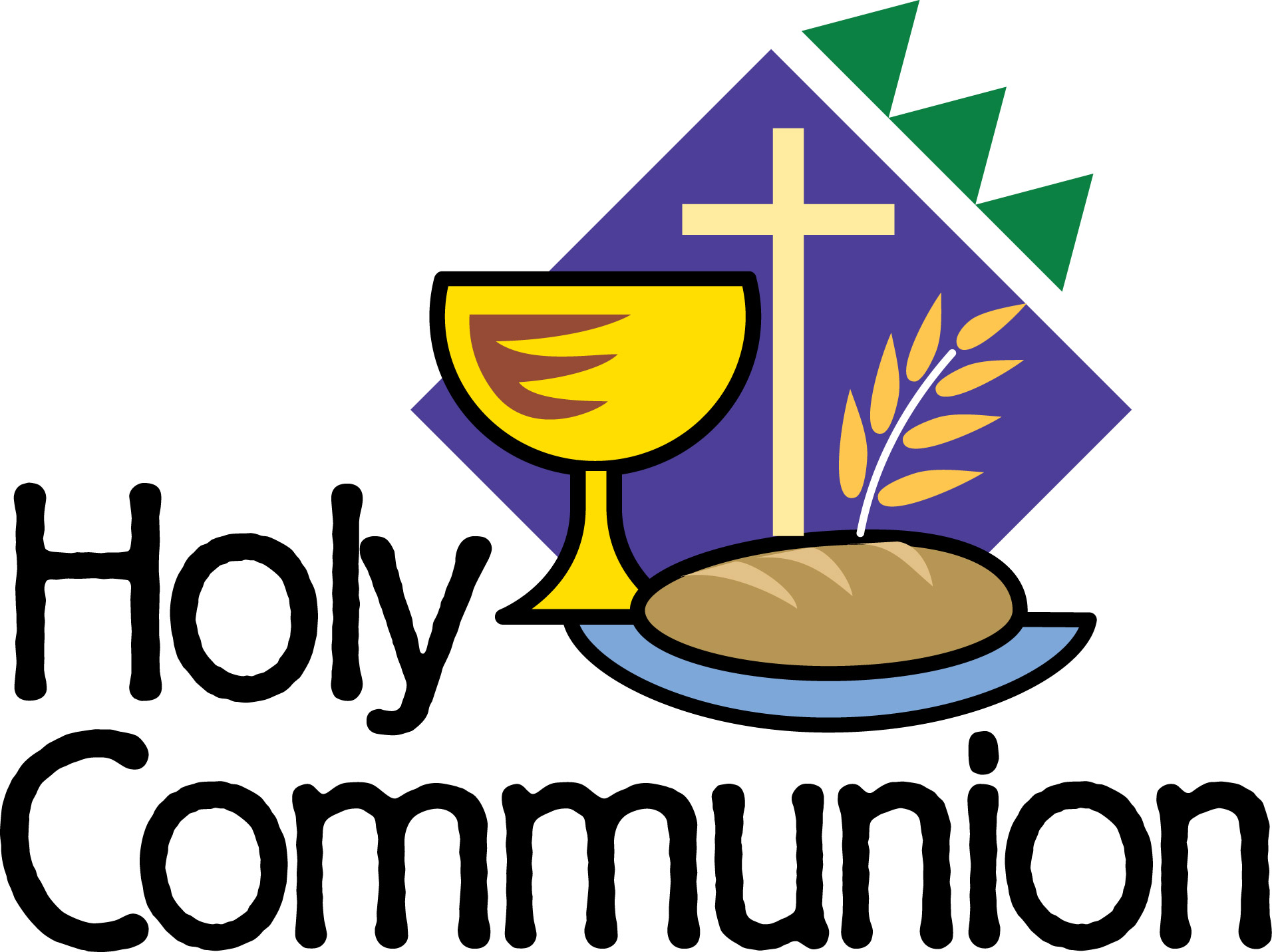 Note some changes: Communion is being offered during our Sunday morning and Wednesday evening worship services. The elements will be laid out by Pastor and/or a Lay Minister before the worship service. All communicants will remain at their seats, or standing while Pastor leads a brief communion liturgy including the words of institution. Small paper plates will be placed on the communion rail in preparation for each table. When the table is prepared and it is time to receive communion, people will be invited to come forward one person/family group (up to 6) at a time on each side of the table. Wine & bread will be placed on the individual small paper plates before communicants step up. After each table has communed, they will receive the words of dismissal from the Pastor. Each communicant will place the empty plastic cup and plate in a prepared container.

Milestones Toward Calling a New Pastor

Getting from Here to There

Pastor Meyer shares a letter describing what has been accomplished and future steps which are required to call our next pastor:

Please read Pastor Meyer's letter which explains each of the above steps in more detail.